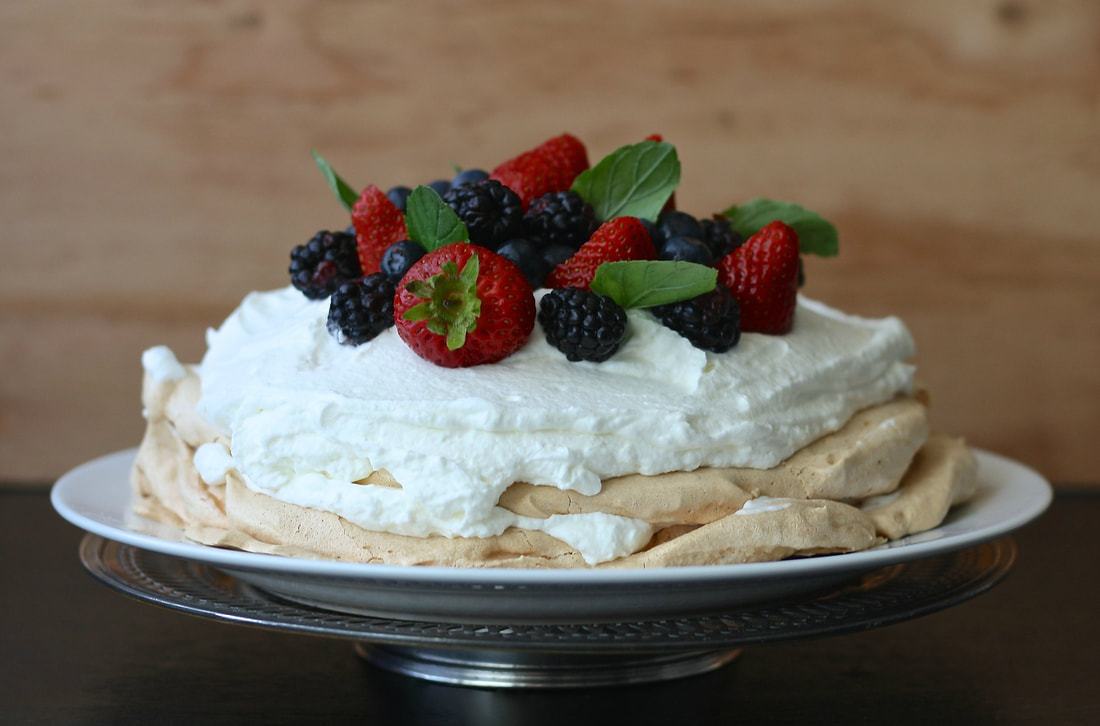 ​This is a really easy pav to make, quick to cook and yummy to eat. Even if you've never made a pavlova before you'll have success with this recipe.

Method:
Beat egg whites, vinegar, vanilla, cornflour and boiling water until stiff. Slowly add the sugar, beating until it is dissolved. Pre-heat oven to 180 degrees Celsius (this is important, the oven must be at temperature when you put the pav in so it starts to cook immediately). Prepare a pavlova plate or baking sheet by covering the base with baking paper. Spread the pavlova mixture onto the baking paper in either a circle or rectangle, it's up to you. Bake for 45 minutes until slightly browned. Turn the oven off and leave the pav in the oven, with the door closed, until it is cold.

To make a larger pav, double the recipe and extend baking time by 10 minutes.
​Platinum members can login for full access to the Recipe File
​
​​Not a Platinum Cheapskates Club Member?

Click here to upgrade your Cheapskates Club membership today
Back to index
Copyright ©2001 - 2022 THE CHEAPSKATES CLUB, All Rights Reserved