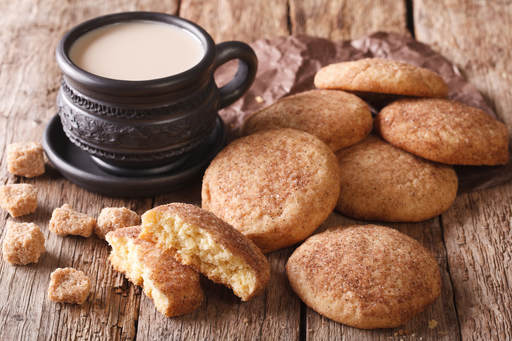 Method:
Heat oven to 205 degrees Celsius.
Prepare the sprinkles:  Get out 2 shallow bowls. In one put the red sprinkles and 1-1/2 teaspoons of the cinnamon, in the other put the green sugar sprinkles and remaining 1-1/2 teaspoons of cinnamon. Mix the sprinkles and cinnamon together; set aside.
Prepare the dough:  In large bowl, put the sugar, shortening, butter, and eggs and beat with an electric mixer on medium speed until fluffy.
In a separate bowl, sift together the flour, cream of tartar, bicarb soda, and salt.
With electric mixer running on low, slowly add the flour mixture until incorporated and a dough forms.
Using a melon baller or teaspoon, shape balls out of the dough, about 2 to 3cm in diameter.
Roll the balls of dough through the sugar sprinkle mixtures, some in each, combinations of colours, or as you like.
Place the dough balls on an ungreased biscuit tray, keeping about 5cm between each one.
Bake in preheated oven for 8 to 10 minutes.
​Platinum members can login for full access to the Recipe File