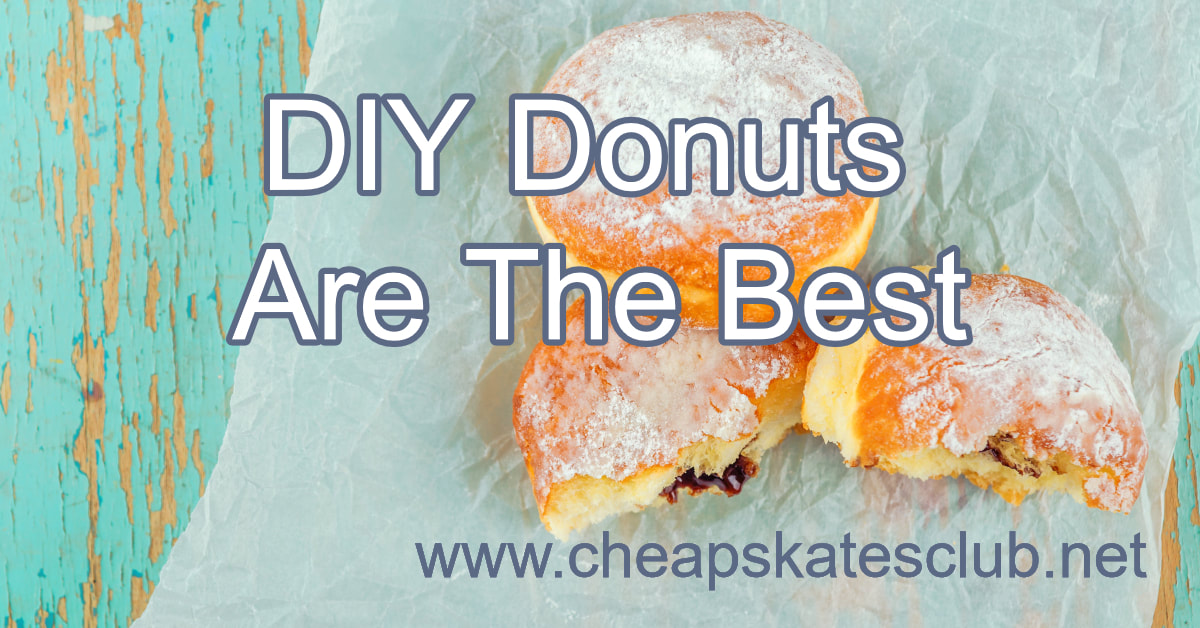 MasterChef eat your heart - or donuts - out! This Cheapskater's donut recipe is simple, delicious and best of all cheap!

Donuts - jam, cinnamon, glazed - what sort of donuts do you like? Here is a great recipe to try and if you have a bread machine even better! Otherwise you have an added bonus and get a work out while you knead the dough! This recipe makes twelve donuts. Freeze any extra (not likely in our family) and zap in microwave when needed.

Method:
Add the first six ingredients to the breadmaker. Set the bread machine onto the setting "dough" and head off for about and 1 and a half hours while it does its magic. If you don't have a bread machine, knead the dough for about 20 minutes, leave for about 10 minutes, then knead for another 20 minutes. Leave to rise.

After dough cycle has finished, tip dough onto a floured bench and divide up into donuts. An easy way to do this is to divide dough in half with a sharp knife, then halve each piece, continuing until you have twelve pieces. Place donuts onto a greased tray and cover them with a damp tea towel.  Leave for about an hour to rise in a warm room. If you want a donut with a hole use a small round cookie cutter to make a round shape or an apple corer and cut out the centre of the donut. Use the cut out pieces to make "donut holes". When donuts have doubled in size (or thereabouts) cook them a few at a time in hot oil until golden brown and cooked through. You need to watch them constantly and turn them when one side is done. Have some paper towel on hand and place the cooked doughnuts before coating them in the cinnamon sugar. The fun bit is putting in the jam! You need to get a plastic sauce bottle with a screw off lid. (the ones with a pointy end) scoop the jam into the bottle, without the lid into the microwave for very short bursts on med until the jam is soft enough to squirt into the middle of each donut. Sit back and enjoy with the kids and hubby the yummiest donuts.

To make the cinnamon sugar mix four tablespoons white sugar with 1 tablespoon cinnamon. Toss hot donuts in this mixture.
Contributed by Andrea
Platinum members can login for full access to the Recipe FIle