​Easing the Financial Burden of Becoming a One-Income Household 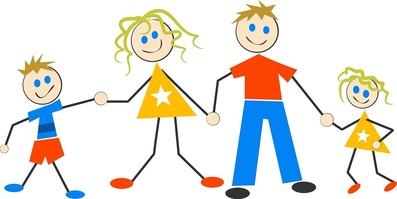 While it is commonly accepted that the modern household have two streams of income supporting the family, there are some situations where it doesn't make sense to send both parents out into the workforce, namely, when daycare costs exceed or essentially match the salary of one parent.

If you're hoping to become a stay at home mum (or dad), you can ease the financial burden of becoming a one-income household by implementing the following tips.

Relocate
This may sound extreme, but it can ease a financial burden considerably. If you're currently a renter, relocating is a viable option for your family. Consider moving to a less expensive suburb or even the outskirts of your town, where the breadwinner of the family will still be able to commute to work, but the cost-of-living may be less.

Moving to a new state altogether may even be feasible, if what you're now paying for rent for a small two-bedroom townhouse could more than pay for a similarly sized townhouse, your electric bill and your groceries for the month.

Of course, with moving interstate, the one caveat is finding a new job for the breadwinner. If possible, ask your spouse's current employer whether a transfer to a new location would be possible.

Work from Home
If your schedule allows, consider working at home by freelancing your expertise or taking on a home-based job, such as transcribing, virtual assisting or a customer service position. Some companies offer benefits. However, this is not common practice as you'll likely be hired on as an independent contractor.

If you're a well-versed writer, you may be able to land a position as a freelance writer working for online content companies.

Even if working fulltime from home isn't a viable option, you may still be able to earn several hundred dollars by working from home in your spare time. And every little bit helps when surviving on just one income.

Entertain for Less
Chances are your family spends more on entertainment than you think you do: eating out, going to the movies, ordering pizza when you don't feel like cooking, concerts, and more. Every dollar you spend on entertainment adds up at the end of the month.

By doing things yourself, you can save a considerable amount of money without feeling deprived. Test your cooking skills and make a pizza from scratch rather than ordering one for $20. Pizzas made from scratch often cost less than $5 to make.

Instead of ordering a movie, peruse the television schedule at the beginning of the week and pick a movie or two that's showing on TV for free. Yes, you may have to put up with commercials, but it's a small price to pay in comparison to spending $12 + per ticket for a movie in the theater.

Dining on Someone Else's Dime
Rather than heading to a restaurant, go to a friend's house. It's far less expensive than spending $50 or more for a meal at a restaurant. By simply eating at a friend's house a few times per month and then hosting them at your place, you can save a considerable amount of money on groceries and entertainment.

If becoming a one-income family is the right choice for your family's current needs, it's time to take the plunge.

You may have to make certain sacrifices, such as downsizing your home or doing inexpensive things at home rather than heading to Main Street. But in the end, even all of these sacrifices won't take away from your increased quality of life, as you'll be able to spend more precious time with your family.
Copyright ©2001 - 2022 THE CHEAPSKATES CLUB, All Rights Reserved