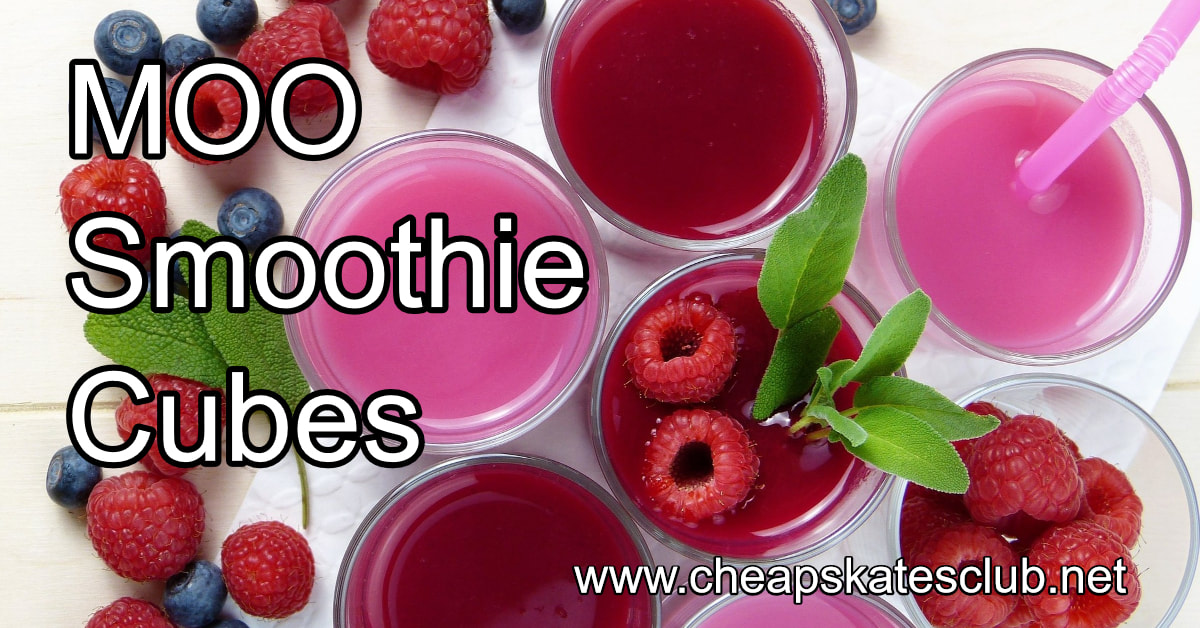 A few months ago NQR had frozen smoothie cubes on sale for $2.99 for six, or 50 cents a cube.  According to the packet you used three or four cubes per smoothie, making it a rather expensive drink, or even breakfast, if you wanted to count it as a meal.

Hannah loves smoothies for breakfast, so the idea of being able to toss some cubes of fruit into the blender with a little milk or juice and some oats was really appealing; the thought of adding the cost of smoothie cubes to the grocery bill wasn't.

This is what we've come up with and they're so good I've been known to whip myself up a smoothie for lunch.

Step 1. Start by pureeing your fruit. You can do individual fruits or combo - whatever suits your taste.

Step 3. Pop the frozen smoothie cubes out. Put two yoghurt and two fruit cubes into a ziplock bag. Seal and return to the freezer.

We make these up when fruit is cheap. A few weeks ago strawberries were very cheap so we made up 40 packs of four strawberry, banana and yoghurt smoothie cubes for a total cost of 30 cents each.

A smoothie made with four MOO smoothie cubes, 1 cup of low fat milk and 1 tablespoon of rolled oats costs  60 cents - saving a whopping $7 over buying a berry smoothie!
Platinum members can login for full access to the Tip Store
​
​​Not a Platinum Cheapskates Club Member?