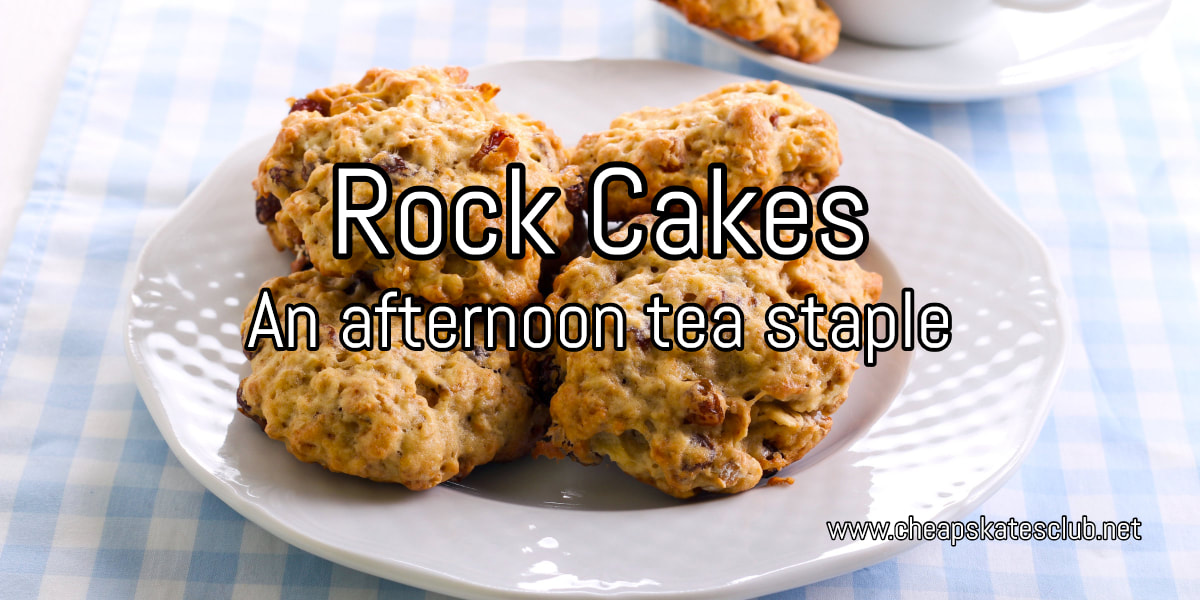 ​Rock cakes - the staple of many a CWA  morning tea (next to scones of course!) and a traditional part of an English high tea, have become the forgotten cake. They are so nice to eat that you would think they are difficult and time consuming to make - and it's simply not so.

The trick with rock cakes is to make the dough to just bind together, not quite as soft as a scone dough. If it is too soft they'll spread while cooking and you'll end up with very flat, doughy biscuits. They'll still be edible, just not rock cakes.

Rock cakes travel well, so I'll often pack them for picnics or morning/afternoon tea when we are travelling. They freeze and thaw nicely too, so they can go into a lunchbox in the morning and be ready to enjoy at lunchtime.

Here are a couple of my favourite rock cake recipes and a few more traditional for you to try. I can guarantee that you'll come to love at least one of them!

Method:
Place flour, butter, sugar and eggs in a bowl and mix together until well blended. Add a little milk to make a stiff dough, then add sultanas. Drop spoonfuls of the mixture in heaps on a greased baking sheet, allowing them room to spread a little. They are supposed to look rough, don't try to smooth them out. Bake in centre of 170-180 degree oven for 15 to 20 minutes or until golden brown. Sprinkle with sugar when warm and cool on wire rack. Makes 12 to 15 rock cakes.

Barossa Rock Cakes
This recipe was given to me by my friend Hilda, who is a fabulous cook. The secret to these rock cakes is the port - don't be tempted to substitute something else, they just won't be the same.

Method:
Line a biscuit tray with greased baking paper. Pre-heat oven to 190 degrees. Sift flour and spice into a large bowl. Chop butter into pieces and rub into the flour with fingertips. Add sugar and fruit and mix thoroughly. Beat eggs with port and add to mixture. Make into a dough. Drop rounded teaspoonfuls of the mixture onto the baking paper. Sprinkle with cinnamon sugar. Cook for 20 minutes until golden brown.

Johnny Cakes
Granny would make Johnny cakes for morning tea on the farm. They are a family favourite and she kept the recipe a secret for years. She passed it on to me just before we were married. She knew Johnny cakes are Wayne's favourite treat (and I'm sharing this recipe with permission - I asked first!).

And this recipe is from Christine, a Cheapskates Club member and it has become one of my favourites because it really is quick.

Method:
Sift flour and rub in butter with fingertips until the mixture resembles breadcrumbs. Add sugar and ginger and stir through. Add fruit. Beat egg and milk, add to dry ingredients. Make into a stiff dough. Drop tablespoonfuls onto a baking paper lined tray and bake at 220C for 10-15 minutes. Allow to cool on wire rack.
Copyright ©2001 - 2022 THE CHEAPSKATES CLUB, All Rights Reserved