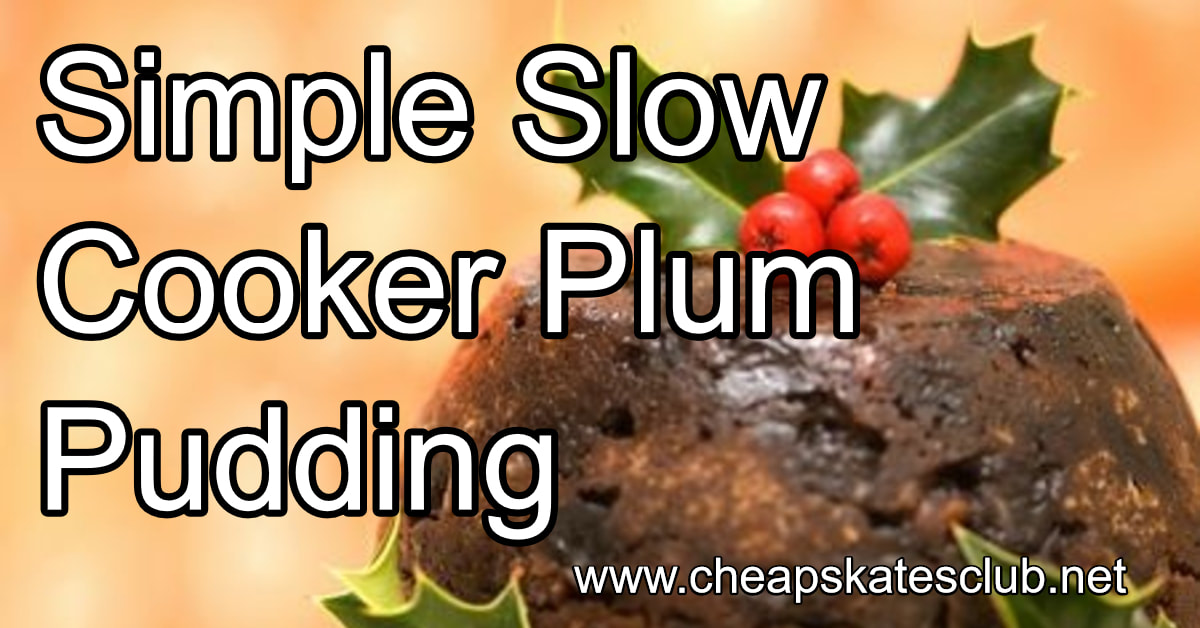 To continue on our Christmas in July theme, I'm going to share a new (to me) recipe for Plum Pudding. This recipe comes from the Member Forum and was posted by Pamela. Since then it's had nothing but praise for everyone who's tried it, including me. Best of all it's done in the slowcooker - how easy can a plum pud get?

Simple Slow Cooker Plum Pudding
This recipe is simple and cheap to make, just the thing for the cold winter nights for dessert

Method:
Grease pudding basin (I use a casserole that fits inside my big slowcooker).
Put butter, sugar, dates, mixed fruits, lemon rind and bi-carb in a mixing bowl and pour in boiling water. Stir well and allow to cool slightly.
Sift in flour, spice and salt and stir lightly until blended (I don't bother to sift the flour - works fine without).
Pour into prepared basin and cover with double layer of greaseproof and tie with string (I use the casserole lid).
Place 1 cup boiling water in crockpot.
Place pudding in crockpot, cover and cook on HIGH for 2 1/2 - 3 hours (my slowcooker is a slow slowcooker).

Remove pudding from crock pot and allow to stand for 5 mins before turning out of basin ( I just leave mine in the casserole dish and serve from there).
Serve with custard or cream.

This is lovely, not too heavy like a Christmas Plum Pudding - the name is deceptive. I have even eaten it like cake when cold, sliced and spread with butter with a cuppa.
Contributed by Pamela