Coles have reduced the price of their regular barbecue chickens to $8.

Now I'm not normally a fan of the good old Aussie barbecue chook, mainly because they have been in the past rather expensive.

I can by whole chickens for $2.99/kg. That makes a No. 20 (2kg) chicken $5.98 and that chicken will give me 12 serves of meat and the bones to make stock or soup. I can get three, usually four, meals from one chicken and no one goes hungry.

But sometimes I don't have the time, the energy or the inclination to wash, dry, season, stuff and roast a chicken. Sometimes picking up a barbecue chook is the better option. Remember, Cheapskating isn't about paying the lowest price all the time, it's about saving money, time and energy and being a good steward of your resources.

So yesterday while I was in Coles with Mum (Thursday is her shopping day) I picked up a barbecue chicken; here's how I used it. 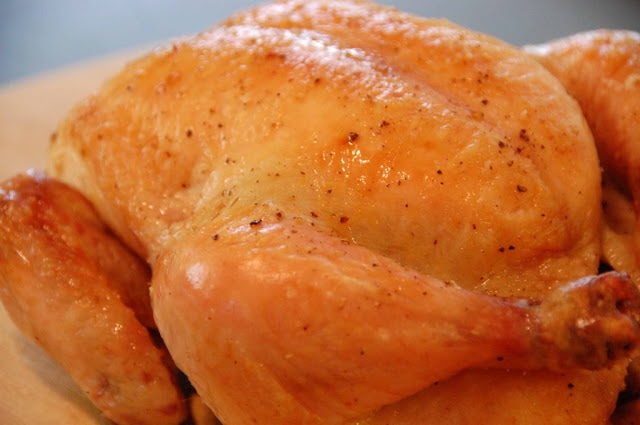 First, I cut the wings and drumsticks off it - they are one meal for four.

We'll have them with roast veggies (potato, sweet potato, onion, carrot, parsnip) and steamed greens (beans or peas, broccoli or cauliflower) and gravy.

Secondly, I pulled the breasts off it.

One breast was shredded to make Curried Chicken. Yes, one chicken breast, shredded with a couple of forks, gives enough meat for six serves of Curried Chicken. The other breast was shredded and put in the freezer. It will be used to make the chicken filling for the pancakes we have on the menu next Friday. I make a white sauce, add a little diced onion, some sliced mushrooms (re-hydrated from the bulk lot I dried in January) and a little cheese and the chicken and it's delicious.

Then I pulled the rest of the meat off the bones and put it in the freezer. 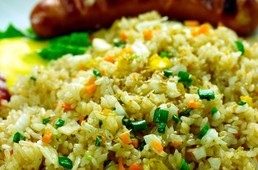 I'll use this meat for Chicken Fried Rice or Chicken Salad Sandwich Filling - whichever we'll need first. Right now it will probably be for chicken salad for sandwiches as we've a day out four wheel driving with friends planned for next week and I know we'll be super hungry after being out in the cold and the walking and so on we'll be doing.

Lastly, I put the bones into the slow cooker with water, some celery tops, a sad carrot, and a large onion and let it cook overnight to make stock.
I use stock to cook rice, it gives it a really lovely flavour. We have curried chicken on the meal plan and we always have rice with it, so I've planned to have the stock on hand for this purpose.  I also use it to make gravy - again it gives the gravy a much richer flavour.

The rest I'll use to make Grandma's Chicken Soup for lunches next week. I won't have the whole chicken for this, obviously, as I've used it for other meals, but it will still be flavourful and healthy and the bones will give up the rest of the chicken meat.
Platinum members can login for full access to the Tip Store