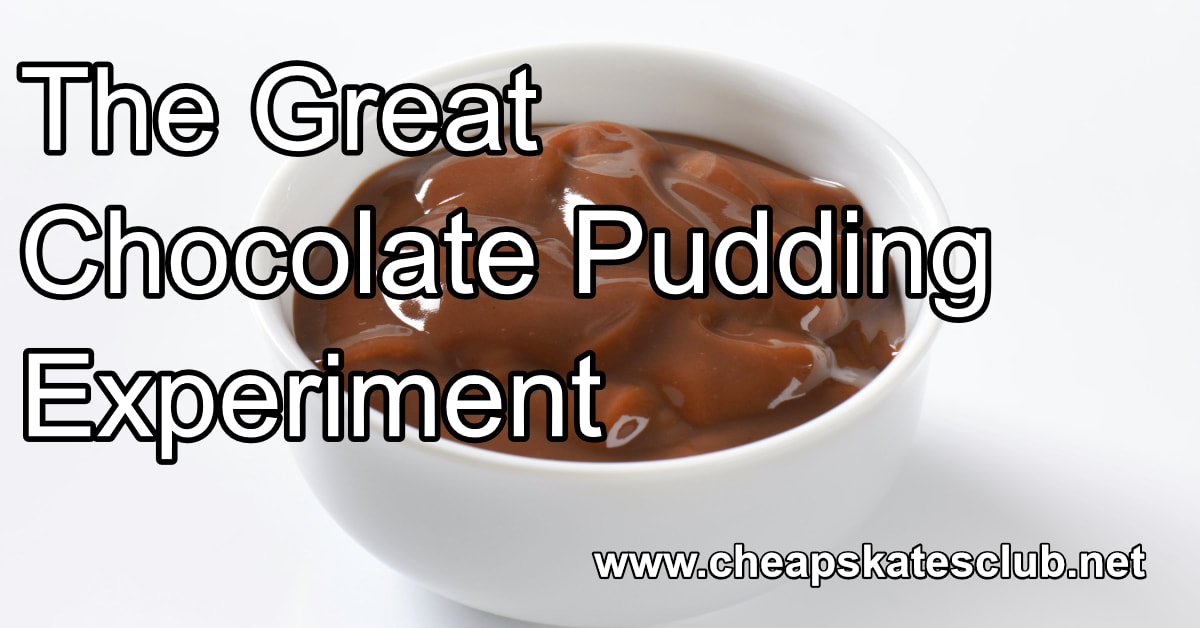 A few days ago a question was asked on the Member Forum for a chocolate pudding recipe. As usual, one of our talented Cheapskaters shared a recipe, which led to some questions.

In the interests of all things Cheapskates, and because I too happen to like chocolate just about anything, including pudding, I volunteered to make the pudding to see how it turned out.

After a few attempts, it turned out very nicely. No complaints from anyone, and no leftovers. I re-jigged the recipe a little to suit our tastes and the results of the second taste test were even more positive if that's possible. This time the testers were arguing over who was going to scrape out the saucepan and lick the spoon.

This is the final recipe:

Method:
Combine all ingredients in a medium saucepan, whisking to remove all the lumps. Bring to a boil over a medium heat, stirring constantly. Turn heat down and simmer 1 minute, or until the custard is thick. Cool slightly then pour into serving dishes. Makes 8 1/2 cup servings.

My notes:
1.  You can use fresh milk instead of the water and milk powder, this will increase the cost.
2.  One cup of sugar may seem a lot, but this pudding seems to need the sweetness. You can substitute Splenda or another sugar substitute if you prefer.
3.  I use Homebrand cocoa and it is quite strong and can leave a bitter taste, hence the vanilla extract. It seems to round out the chocolate flavour. You could use another less bitter cocoa if you have one, in which case you may not need the vanilla.
4.  If you have a double boiler, use it to make this pudding. It will stop it sticking to the bottom of the saucepan.
5.  Whisk, and don't stop until it's finished cooking. You want this pudding to have the same silky smooth texture as the bought puddings.

I wouldn't make every day, it has a high sugar content, but as a treat every now and then it is easy, quick and relatively cheap at just 21 cents a serve.

It did occur to me that this might make a good meal for sick tummies or sore throats as it's cool, smooth and quite light. To make it more nourishing, whisk in two eggs before cooking and reduce the cornflour to a quarter cup.
Platinum members can login for full access to the Member's Centre